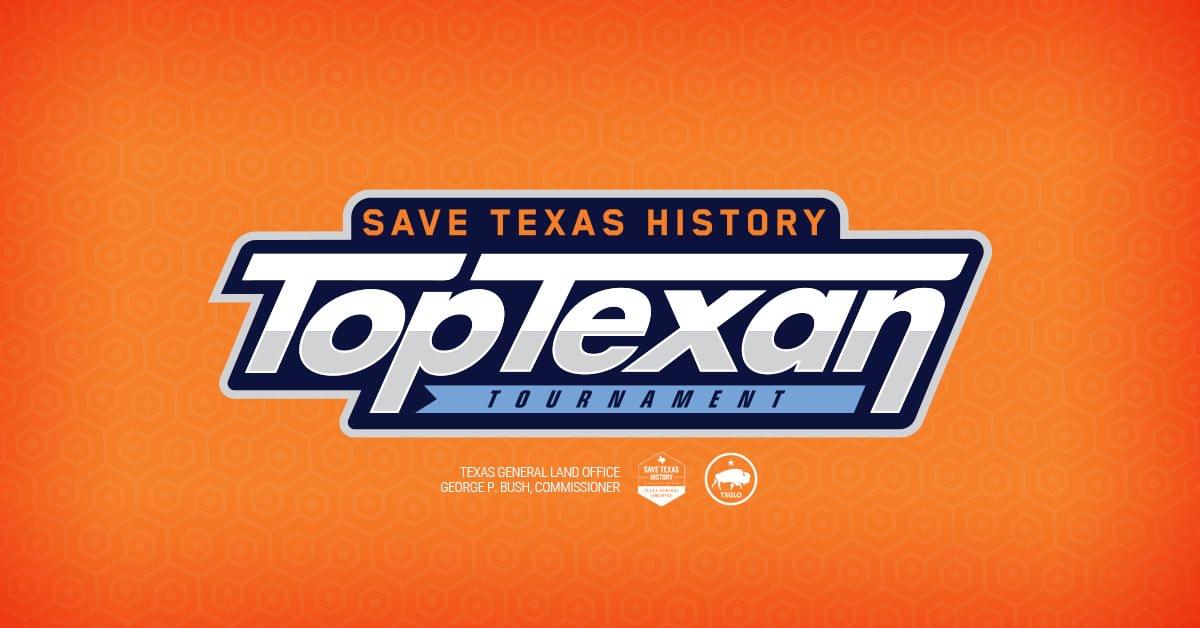 In 2020, with three-time winner Sam Houston retired, Stephen F. Austin took home the title of Top Texan in Texas history! Who will be this year's winner?  Sixty-four famous Texans face off against each other in the ultimate battle of Texas pride. Vote for your Top Texan through April 4th!

How does it work?

Prediction Round: Between now and March 17th, build your Top Texan Tournament bracket - it's just like March Madness for Texas history! Click on the entrants' names to learn a little more about them, then make your predictions. (You'll need to sign up for  a free account to save your predictions.) Then, on March 18, come back to vote in the first round, and don't forget to vote in all the rounds after that!

Voting Rounds: Between March 18th and April 4th, vote for your Top Texans in each round's matchups.

How do I win prizes?

Thanks to all who participated in this year's Top Texan Tournament! We're already looking forward to 2022 - will it be a repeat, or will a new Top Texan come out ahead? See you next year!